We learned that when a IP packets sent from a computer to a destination computer on the Internet, it needed to travel via a number of gateways. Each gateway on the Internet will send the packet to the next gateway according to the routing table. In most cases, the packet will finally reach the destination computer. The scenario can be illustrated in the diagram below: 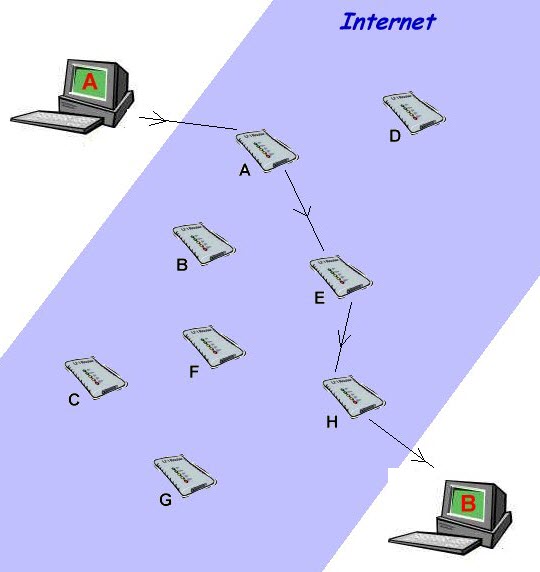 Normal Scenario of Computer A Sending Data Packet to Computer B: